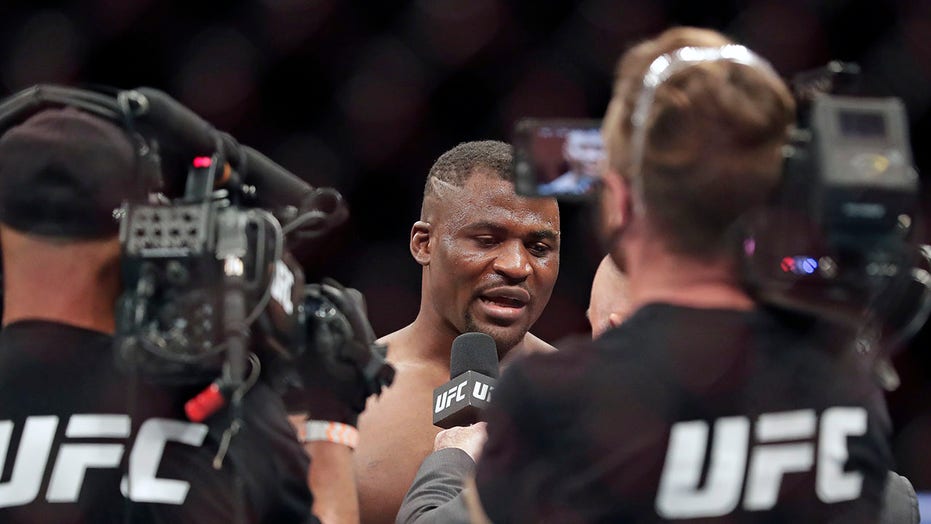 UFC Heavyweight Champion Stipe Miocic discusses how being a firefighter has helped him in the octagon. He talks about past and potential upcoming UFC fights. Miocic also talks about his new collaboration with Fire Department Coffee.&nbsp;&nbsp;

UFC President Dana White wanted a major fight card weeks ago. He was confident his team could pull it off whether it took place on a tribal land, on a private island or in any of the 10 states offering to host it.

Coronavirus testing. Fan-free arena. Social distancing. Self-isolation. White looked at all those unprecedented details that seemed too complex and too risky to some outsiders as merely extra challenges.

“I knew we could do this,” he said following UFC 249 on Saturday night. “I knew we could figure it out. Even with all the hurdles that we had early on, this has been fun. It’s been challenging and it’s been fun.

“I know that sounds a little demented to say I’ve had fun going through this. It’s been challenging and I’ve enjoyed the whole game of it, if you will.”

White and the UFC look like the big winners following their rousing show at Veterans Memorial Arena in Jacksonville, an event that could serve as a blueprint for other sports leagues around the country and the world as they start to resume during a global pandemic.

The NFL, NBA, NHL, Major League Baseball and NASCAR, all of them had to have an eye on how the UFC approached and handled the first major human-centric sporting event in the U.S. since the new coronavirus shuttered much of the country nearly two months ago. The UFC created a 25-page document to address health and safety protocols, which included disinfecting the octagon between bouts and mandating tests and masks for nearly everyone in attendance.

The spotlight only intensified when one fighter, Jacaré Souza, and two of his cornermen tested positive for COVID-19 a day before the stacked card.

Souza was pulled from the fight and removed from the hotel where hundreds of UFC employees are staying this week. The UFC’s medical team continues to provide assistance and is helping with necessary treatment, White said.

The UFC has two more fight nights scheduled this week in Jacksonville, beginning Wednesday, and plans to administer more than 1,000 more coronavirus tests for everyone scheduled to take part.

“However it was handled this week, this was our first week,” White said. “It will only get better. And we can share what we learned here doing three events with other sports leagues who are reaching out to us and asking.

“A lot can be learned by what we’re doing here. Not just for professional sports but for sending people back to work and lot of other things in life.”

The show went on and, by most accounts, got rave reviews.

Justin Gaethje stunned Tony Ferguson in the main event, earning a TKO in a lightweight bout that set the winner up to fight titleholder Khabib Nurmagomedov next. Henry Cejudo, with blood gushing from his head and dripping down his chest, defended his bantamweight title against Dominick Cruz and then announced his retirement.

About the only negative was the empty arena, where punches, kicks, grunts, steps, trash talk, corner coaching and TV commentary echoed off metal beams and vacant seats.

“It was weird,” White conceded. “There’s so many things that you love about live sports, whether you’re home, in a bar or there live. One of the big, key components to live sports are the group of people that you’re with and the energy that you get when cool things happen.

“Tonight was an amazing event, but that was definitely missing tonight, these moments. … It’s all part of what makes this so great.”

Finding a way to recreate those missing moments could be the next challenge, one White surely would welcome as long as the show goes on.