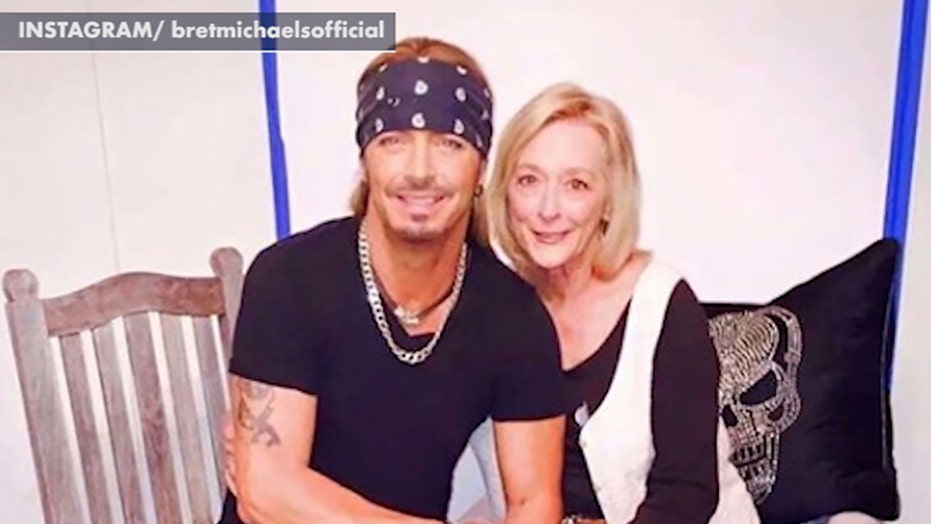 Stars are thankful for all the support and sacrifices their mothers made for them and send love to all the moms out there.

Mother’s Day has arrived, although as a result of the coronavirus pandemic and sheltering-in-place it’s very different from the days of brunches at restaurants, spa visits and other activities we moms enjoyed before we’d ever heard the term “social distancing.”

The holiday causes me to reflect on being a mother and how I got to be one – not the good old-fashioned way, but in more complicated ways. I’ve told the story to my son and daughter and Mother’s Day is a good time to share it with a much wider audience.

As I’ve written before, my husband and I adopted our son – who turns 13 this summer – from Pakistan. When I told him how I became his mother, I said I was having difficulty having a baby and I prayed to God for a little boy.

I told my son how on our 11th wedding anniversary our phone rang and a woman at the Edhi Foundation in Pakistan said “your son was just born.” We were overjoyed!

My husband and I flew from Los Angeles through Chicago and Manchester, England to get to Karachi, Pakistan on a 27-hour life-changing journey.

Years later I explained to my son how he grew from a little seed in another woman’s belly, and because she could not care for him (most likely due to lack of finances or illness) she chose to place him in a cradle at the foundation in the hope that the kind people there would find him a forever family.

When I first held that sweet little baby in my arms he opened his eyes, looked at me, smiled and stole my heart. At that moment he became my beloved son and I became his mother, forever.

Years ago someone told me that when you adopt children, you don’t find them; they find you. And that is exactly what happened.

My daughter came into the world in an entirely different way. In 2004 my husband and I lost a child. Our child had a condition called Canavan disease, similar to Tay-Sachs disease.

Both my husband and I are genetic carriers for Canavan disease. I carry the Ashkenazi Jewish mutation, while my husband carries the Turkish mutation – despite being of Indian ancestry.

Although the chances of carriers like my husband I having a child with this disease are only 25 percent, we opted to go through a process called pre-implantation genetic diagnosis (PGD). This required in vitro fertilization (IVF)

As part of this process, the embryos are probed to make sure they don’t have the always-fatal Canavan disease. Sadly, cycle after cycle, our embryos had Canavans.

This happened 100 percent of the time with 11 embryos. So in addition to the miscarriages I suffered and the death of a child, I lost an additional 11 children

I had some embryos free of Canavan disease frozen. After we had started the adoption process for our son, my doctor’s office phoned and said that I had three of these embryos in the freezer and asked what I wanted to do with them.

“What are my choices?” I asked.

“Implant or destroy,” I was told.

Destroy! Now, I am pro-choice, but it was not my choice to destroy my embryos. The doctor also told me these were not very strong or healthy embryos and the chances of my getting pregnant after being implanted with these were very slim.

Nevertheless, I opted to be implanted and about 10 days later the doctor’s office called and told me the pregnancy test was positive.

When she was old enough to understand, I told my daughter – who is now 12 – how she was created in a little dish and then placed inside my tummy and grew to become our wonderful child. I told her she was lucky No. 13.

And I told her how I almost drove off the road because I was crying so hard with tears of joy when the doctor’s office called to tell me of my little girl.

So although my son came to me through adoption and my daughter through 13 IVF cycles, I tell them often that they are both my miracle babies. And it’s true. I will forever be grateful for my two wonderful little miracles, who make every day Mother’s Day for me.

Leslie Marshall joined Fox News Channel as a contributor in 2009; providing analysis on both political and social issues from a liberal point of view. A nationally syndicated talk host, whose program, "The Leslie Marshall Show" can be heard on radio, stream, "Tune In," "The Progressive Voices Radio Network," and "The Armed Forces Radio Network."