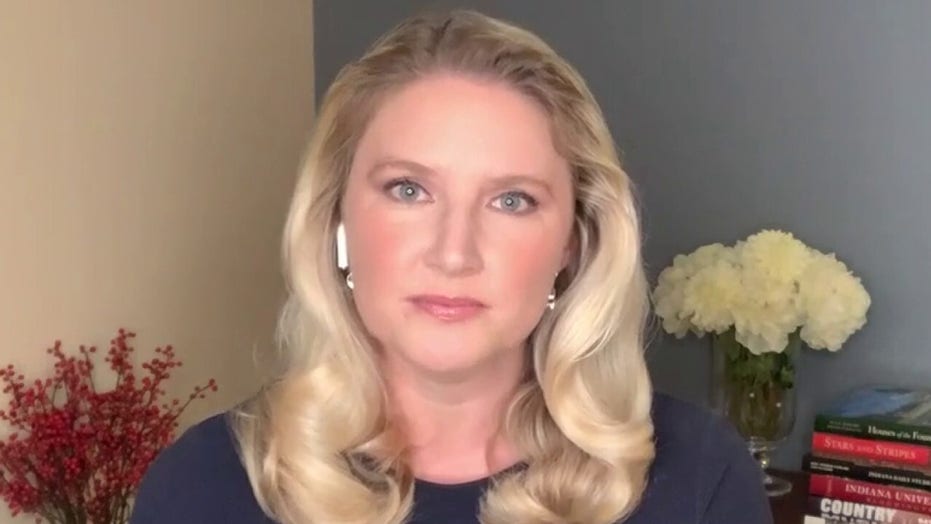 Marie Harf on Flynn case: Barr basically said you can lie to the FBI and that's OK

The 'Outnumbered' panel debates the Department of Justice's move to dismiss charges against former National Security Adviser Michael Flynn in the Russia investigation.

Facts matter. The rule of law matters. It’s a fact that President Trump’s former national security adviser, Michael Flynn, lied to the FBI – he pleaded guilty to the charge. And yet, Attorney General William Barr and his Justice Department effectively pardoned Flynn by filing a motion Thursday to dismiss charges against the retired Army lieutenant general.

Flynn’s guilty plea dealt with his communications with Sergey Kislyak, Russia’s ambassador to the U.S., in late 2016 during the transition period after Trump was elected president but before he was inaugurated.

Barr claimed he wants to end the prosecution of Flynn in order “to restore confidence in the system” and that he “was doing the law’s bidding.” In fact, that’s exactly the opposite of what happened.

What Barr did – at President Trump’s behest, in my opinion – was another in a long line of instances where we see blind loyalty to a president over the facts, and where the rule of Trump triumphed over the rule of law.

This is why, as I said in a Fox News interview on “Bill Hemmer Reports,” the upcoming election in November has never been more important.

Since Trump took office almost 1,200 days ago, the Washington Post’s Fact Checker has calculated that the president has made more than 18,000 “false or misleading claims.” Trump’s disregard for facts spans almost every issue, from health care, immigration, climate change, criminal justice and foreign policy to Russia (yes, of course, Russia) and the 2016 election.

Even the coronavirus has yielded hundreds more falsehoods from Trump. During this deadly crisis, the president should be leading us with facts and empathy. Instead, Trump has touted fake miracle cures, claimed that “anybody that needs a test can have a test,” blamed President Barack Obama’s administration for leaving him with “nothing,” and said that the virus is “going to disappear.”

And how about Trump’s disregard for the rule of law? We’ll get to what his Justice Department has done to erode confidence in our laws, but Trump himself has personally and repeatedly attacked judges and judicial opinions with which he disagrees.

When running for president in 2016, Trump responded to U.S. District Judge Gonzalo Curiel’s orders in a class-action case against Trump University by attacking the Indiana-born judge as biased because of his “Mexican heritage” and appointment by a Democratic president.

During his presidency, on both terrorism and immigration-related rulings, Trump has questioned judicial authority, claimed that judges are biased against him, called courts a “joke" and a "laughingstock,” and even suggested that judges and the court system would be to blame for future terrorist attacks.

In November 2018, Trump even engaged in a Twitter spat with Chief Justice John Roberts over the independence of the judiciary.

So it’s abundantly clear that Trump only respects the rule of law when the rule and the law favor him.

But since we’re focused on what amounts to Flynn’s “pardon,” let’s talk about how Barr – one of Trump’s chief enablers – has also disregarded facts and the rule of law since becoming attorney general in February 2019.

In March 2019, only a month after being appointed by Trump, Barr sent a “summary” of Special Counsel Robert Mueller’s report to Congress that grossly mischaracterized the report and, in the words of Mueller, sought to create “public confusion” and threatened “to undermine a central purpose for which the Department appointed the Special Counsel.”

Next, in July 2019 the Justice Department abruptly ended an investigation into several campaign finance-related crimes allegedly committed by Trump and his personal lawyer, Michael Cohen.

Then in February this year, Trump political appointees at the Justice Department overruled the sentencing recommendation of career prosecutors in the Roger Stone case and argued for a more lenient sentence.

Finally, on Thursday we saw the motion to dismiss charges against Flynn signed only by Timothy O’Shea, the interim U.S. attorney for the District of Columbia. O’Shea is also a Trump appointee and a former senior counselor to Barr.

Notably, just as in the Stone case, the career prosecutor on the Flynn case formally withdrew before O’Shea filed his motion. These withdrawals shouldn’t surprise us one bit. Rank-and-file Justice Department attorneys, both current and former – including some with whom I have spoken – are dismayed by the dropping of charges against Flynn and by Barr’s disregard for the rule of law.

Sadly for the American people, what these withdrawals demonstrate is that faith in our governmental institutions is eroding from inside and out.

Let’s be clear here, now is not the time, in the middle of a pandemic, to re-litigate Russian interference in the 2016 election, or the contacts by Flynn and other Trump associates and family members with Russia.

The question of whether Trump and his cronies “colluded” with Russia has become so politicized that the indisputable fact that Russia helped elect Trump and defeat Hillary Clinton has almost become lost in the blatant disregard for the rule of law that has come to represent the Trump administration.

So instead, let’s focus on the future and what we can do. One of my heroes, Supreme Court Justice Thurgood Marshall, said: "Where you see wrong or inequality or injustice, speak out, because this is your country. This is your democracy. Make it. Protect it. Pass it on."

Here’s the least that we – Republicans, Democrats, and independents – can do: Speak out for facts. Protect our rule of law. Recognize when the president and his attorney general and other enablers disregard facts and ignore our laws, and then call them out on it.

Support local, state and federal candidates who will restore the American people’s trust in our president and our governmental institutions.

And VOTE, including by mail, for candidates who will protect our democracy – a government for the people, not for one person – and pass it to future generations.